The landscape appears as an indispensable, regular feature in the so far opus of Zoran Ogrinc, the Koroška’s painter, graphic designer and art teacher. The painting of the scenes from nature, which immensely attracts him with its primal beauty means simply the choice and way of living.  In his works, he seeks the perfect place for modern human, who from time to time wishes appeasement and beneficent silence of nature. He looks for an inspiration in romantic and sensual perception of nature, but more the images are abstract more symbolism they show. With acrylic colours, he tills the canvas with carefully chosen sections from nature and in the foreground of all that is his exploration of formal possibilities of medium and ways of creation. In the colourful texture of square and vertical formats of  his paintings he immerses his visions and experiences. Zoran’s visual world ranges between actual motif basis and sensual relation to the chosen theme. He never literally describes the landscape’s motifs but stylizes them poetically. In soft images is a connection among sensitive but clear concepts of lazure and pastose deposits, especially on palimsest designed images with deliberate multifaceted deposition of acrylic colours and spontaneous assertively inscriptions. Besides aesthetics, there is a great value of every painting mainly in its content and technical version. This however, mainly depends on the artist’s originality, the mortification of painter’s techniques as well as tools, but above all on his capabilities of presenting the ideas and concepts to spectators. Since the very beginning he has been led by his deep belief about the choice of only one single media which is why he consistently connected his creative work onto painting as a poetic language of images. The painter Zoran Ogrinc, who received several awards for his paintings and graphic works, among which are also the award of artistic council DLUM in 1998 and the redemption award on international biennial of watercolour Castra in Ajdovščina in 2015 is focused on basic stylistic and authorial shaped declaration. He abandons details to strongly revive basic themes, where associative , abstract picturesque , detail purified landscape sections float in flickering light. Poetic, mysterious and even exotic fairy-tail compositions are internally evenly built which can be also said for composed images, painting within painting and for the cycle of vertical pictures where horizontal sections from nature are stringed in lanes one above the other. Without the application of drawn contours on the bright images , the mists subtle cover the ground images just like the painter would use his own technique sfumato.

The so like refined indentations, minimalistic depicted landscapes offer calmness, the moment of peacefulness or more to say, a meditative experience. 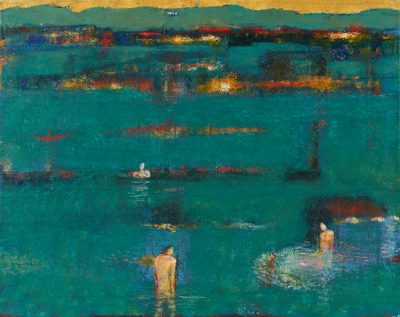 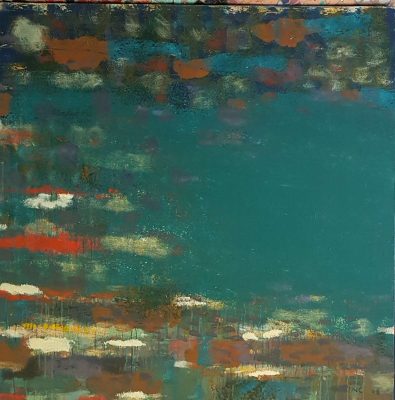 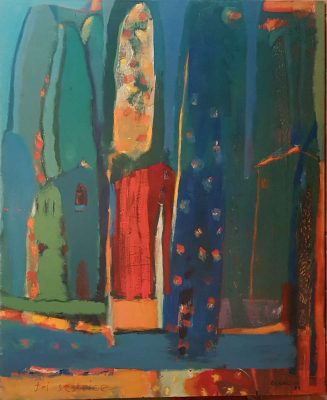 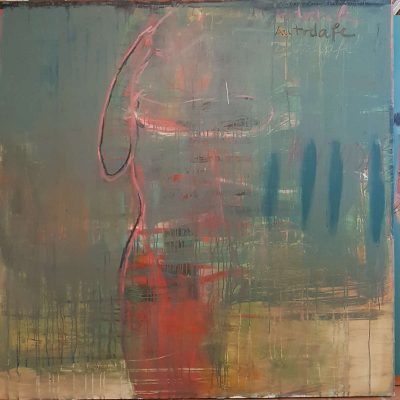 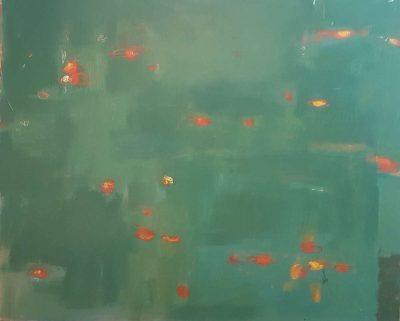 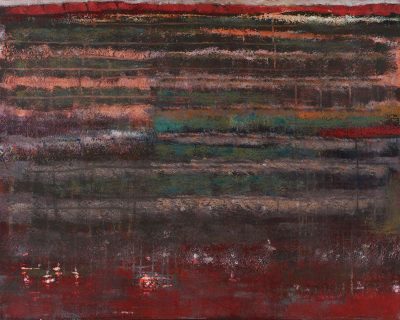 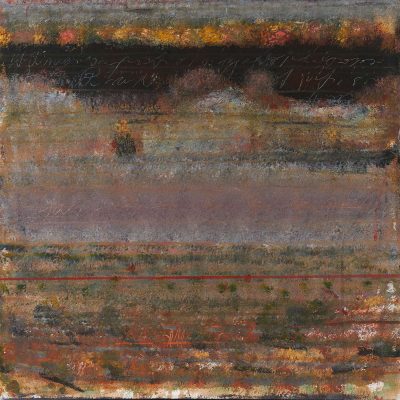